An Interview with DeAnne Smith 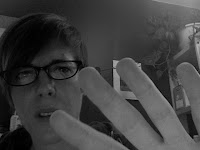 Talented Montreal-based stand up DeAnne Smith has many faces: comedian, comic, joke-teller. We caught up with the charming and quick-witted DeAnne Smith on this snowy Monday afternoon to find out just what makes this award-winning international comedian tick.

Q: Hey, so what’s going on in the wacky world of DeAnne Smith?

Q: So, eating breakfast and wasting time on the internet is what DeAnne Smith calls busy!

A: I just wasn’t ready for an–

Q: Sounds fantastic! What projects has DeAnne Smith got coming up?

A: Um…today? I don’t know. I’m going to buy a tomato later this afternoon. I might get some laundry done.

Q: Wow! It’s non-stop over there at the DeAnne Smith factory! Tell us, where do you find the DeAnnenergy?

Q: Yes, DeAnnenergy! The energy that powers the awesomeness that is DeAnne Smith!

Q: Where, DeAnne Smith, do you find it?!

A: I’m not sure I understand the question.

Q: Quit it! You’re killing me! But seriously, why do you think you’re so amazing at comedy?

A: Um, that’s very nice of you to say. I mean, amazing is a strong–

Q: Ha ha, I get it! DeAnne Smith won’t give up the trade secrets that easily!

Q: Do you think the fact that you’re– how can I say this?– a “lady-loving-lady” has anything to do with how awesome you are at all things comedic?

A: I don’t really think sexuality–

Q: So, DeAnne Smith is asexual! Breaking news here on the blog! Is it hard being asexual, DeAnne Smith? Are you afraid people will classify you as just another one of those amoebas or snails?

A: Are snails asexual?

A: I really think snails–

Q: Some snails are self-fertile hermaphrodites! So, when can your fans expect your new DVD, “DeAnne Smith: Self-Fertile Hermaphroditic Snail,” to hit stores?

Q: I see! Always keep them guessing! Hey, let’s do one of the quick word associations you’re so famous for!

Q: Many marine snails are free-spawners! Male and female snails shed their gametes into the seawater, and fertilization occurs in the water column!

Q: Freshwater or terrestrial snails are almost always hermaphrodites! Individuals can mate with any other member of its species! Some hermaphrodites can even use their own sperm to fertilize their own eggs! That’s what we in the business call a self-fertile hermaphroditic snail!

A: Is hermaphroditic a word?

Q: Does your innate distrust makes you a better comedian?

Q: So, you’re saying that nothing about DeAnne Smith is innate! What’s it like then, DeAnne Smith, being a construct, a fabrication? How do you live with yourself lying to your fans?

Q: The supernatural creator and overseer of the universe! Also known as Yah-weh, Allah, and He-Man! The impossibly large, invisibly bearded man responsible for tuberculosis and your comedy career and Jesus!

Q: The one-liners just keep on a’comin’ here with DeAnne Smith! Unfortunately, we’re going to have to wrap this up, but before we go, let me ask you something. Does my hair look weird? Does it look weird right now?

America’s Next Top Model: Only Slightly Better Than Chewing Glass