Whether or not I have any right to be, I’m exhausted after this last week of touring. I tell ya, talking into a microphone for 20 minutes a night in front of appreciative country crowds is hard work. I mean, not only am I talking, but I’m standing up! On my feet! Under lights! On a stage!

So, what did these last four days hold? For one, a lot of grilled fish and salad meals at RSLs, which for you non-Australian readers are Retired Servicemen’s Leagues, the heart and soul of every small town in Australia. Imagine multicolored carpet (usually in shades of purple, speckled with electric blue), Christmas lights pulled up to form a sort of light tent over the room, poker machines, beer, and battered foodstuffs, and you won’t be far off.

The other thing that featured heavily in the past few days was long, country drives. The landscape looks like this: 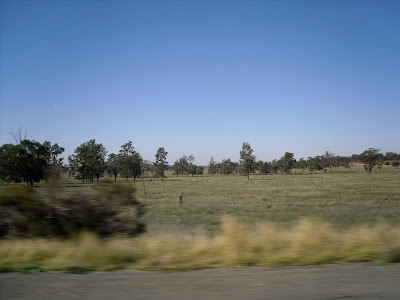 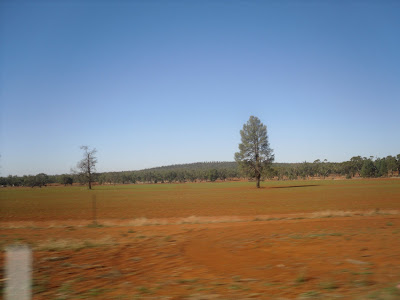 Don’t get me wrong. I don’t mean to suggest that the small towns of Yarrawonga, Myrtleford, West Wyalong and Hillston don’t each have their own unique history and flavor. They do. The landscape of Myrtleford, for example, is dominated by this decimated hill: 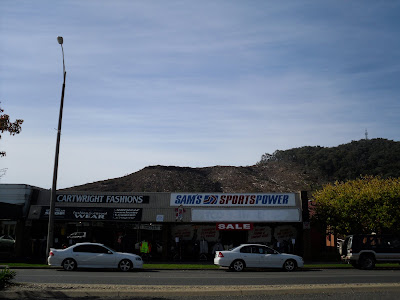 But, at the same time, made whimsical by sights such as this: 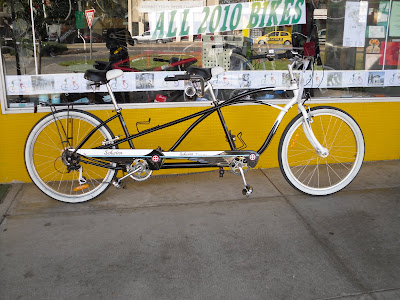 Yarrawonga (which we only dropped into for the show) was very hospitable, providing us not only with wine and chocolates afterwards** but with this backstage rider as well: 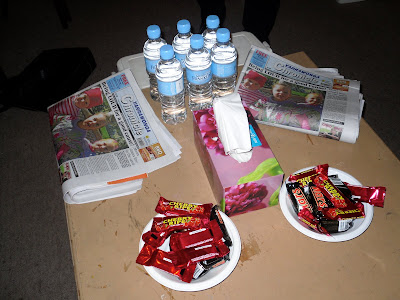 West Wyalong, deep in The Shire of Bland***, has a lovely sense of humor about itself, as evidenced by this bag: 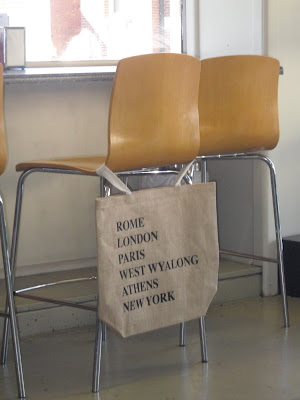 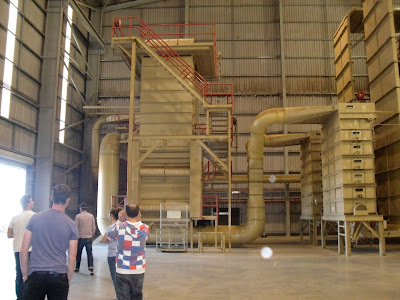 That’s right, I’ve been to a cotton gin. Jealous? And not only have I been to a cotton gin, but I’ve been there with the MAYOR of Hillston. I wish now, for the blog’s sake, I had either learned his last name or snapped a picture. You’ll have to just trust me. Hillston was so excited to have us comedians in town that we went on a 3-hour tour of the place, alongside Mayor Peter. Mayor Peter then took us to Watson’s Farm, run by the very rugged and handsome Tim Watson, supplier of all the watermelons in all the Coles in all of Victoria. He’s just your average multi-millionaire farmer guy.**** Here’s his beetroot field: 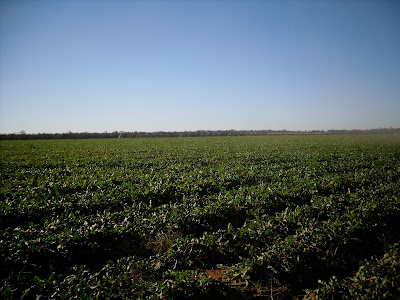 And if you think that’s a boring picture, please bear in mind that I’m giving you the highlights here. Like the comedy crew posing on the farm: 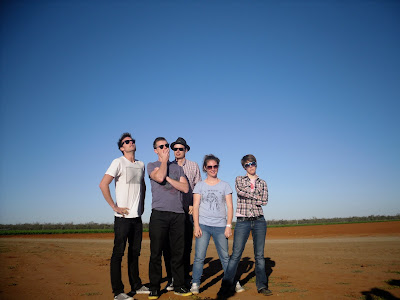 And this book, that I picked up in a shop in Rutherglen. 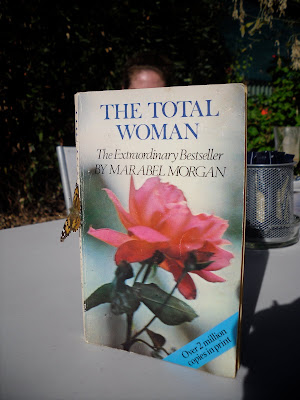 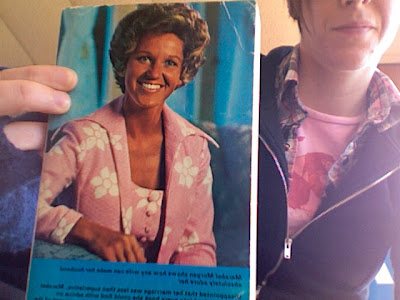 Here’s an excerpt from page 95.

“I have heard women complain, ‘My husband isn’t satisfied with just me. He wants lots of women. What can I do?’ You can be lots of different women to him. Costumes provide variety without him ever leaving home. I believe that every man needs excitement and high adventure at home. Never let him know what to expect when he opens the front door; make it like opening a surprise package. You may be a smoldering sexpot, or an all-American fresh beauty. Be a pixie or a pirate– a cowgirl or a show girl. Keep him off guard.”

Okay, pretty radical advice from a self-professed evangelical Christian in 1967, right? I’ll ignore for the moment the underlying tone of desperation (“Oh, God, what do I need to do to keep my man?!?”) and the fact that Marabel seems to think it’s reasonable to keep a man off guard by greeting him at the door dressed as a pirate. (“Arrrrgh!” [Cue Heart Attack.]) I can get down with the spontaneous playfulness she’s talking about. Here’s what else she has to say:

“You may not want a costume party every night, but you can work toward it. Keep a step ahead of your husband.”

Okay, Marabel, I’m with you. Well, minus the working toward a costume party every night thing. That seems excessive.

“Keep him guessing. If you have older children, naturally use discretion when they are around.”

“You may not wish to parade around in nylon net at half-past five with your fifteen-year-old son all eyes.”

Oh goodness, no. So right you are, Marabel.

“But the children will love your costumes.”

“It makes like exciting. Can’t you just imagine Junior on the sandlot telling his friends, ‘I’ve got to go now, guys. Got to see Mom’s outfit for tonight.'”

“One son came home from college while his mother was taking the course. He told her, ‘Mom, you look so cute lately. I hope I can find a woman like you for a wife.'”

Ahh, my eyes are burning! I’ve read too much! Make it stop, Marabel, make it stop!

So, apparently, Marabel has no sense of boundaries. If you’re interested in what else makes a Total Woman, keep in mind that “A Total Woman caters to her man’s special quirks, whether it be in salads, sex or sports,” and “It’s only when a woman surrenders her life to her husband, reveres and worships him and is willing to serve him, that she becomes really beautiful to him.”

Hear that, ladies? Just worship your husband and surrender your life to him, and you, too, can be a Total Woman(tm)! A Total Woman who is constantly creeping out your children.

Finally, I’ll leave you with the best Church sign I have ever seen. 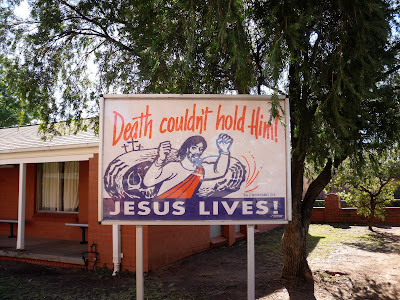 And if THAT doesn’t make you want to worship Jesus, I don’t know what will.

*I’m posting this way later than I actually wrote it, in case you’re confused.

**Who’s bringing home regional wine to the girlfriend’s mom and chocolates to the grandma? Who will look extremely thoughtful and generous while actually putting in very little effort? This kid!

****Farmer Tim and his riches, however, do not hold a candle to Hillston’s Potato Mogul. This guy supplies ALL THE POTATOES in Woolworth’s FOR THE WHOLE OF AUSTRALIA from his 180,000 acre farm. He is kind of old, and kind of fat, and married to a gorgeous former Playboy Bunny. The lesson here: Potatoes = Poontang

*****I mean for this specific type of blog update. Come back soon for…I don’t know what yet, but something. Definitely something.